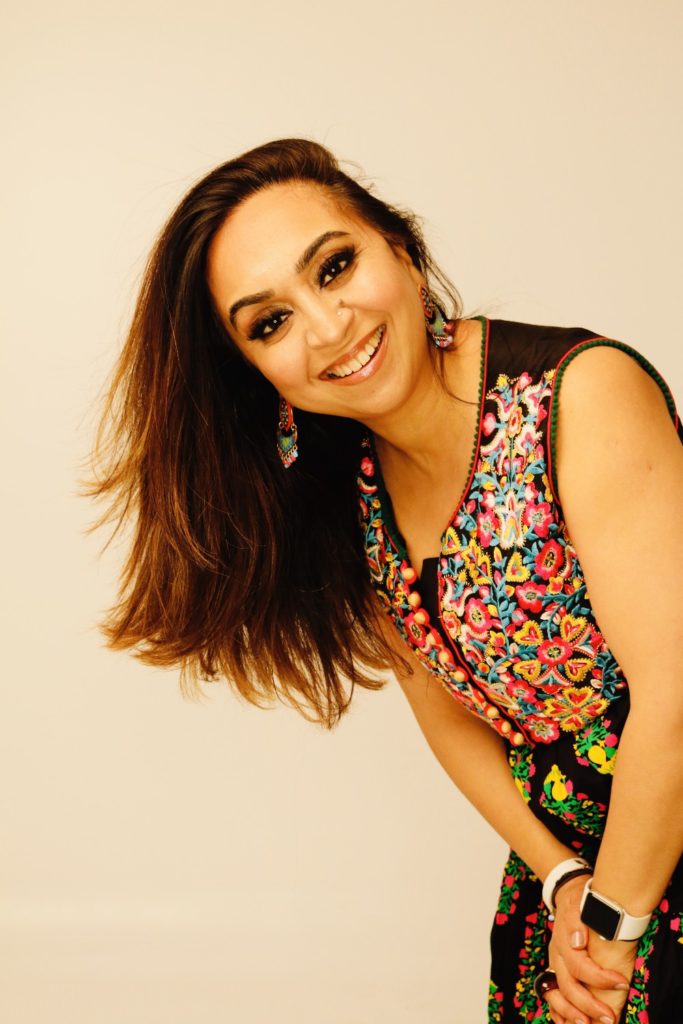 One of the most amazing things about Jay Shetty’ Genius Coaching Program is the amazing stories of the changed lives that have come out of it. This article is part of the “Genius Transformations,” a new feature series that tells Genius Coaching members’ stories and highlights the impact the program has had on their lives. This Transformation Story is about Ksavi Joshi.

Have you ever seen someone with the perfect life? From the outside looking in, everything may look picture-perfect, but we don’t always know what’s going on behind closed doors or what someone may be struggling with internally.

Ksavi Joshi had a perfect life on paper. Her husband was wonderful, and she had a great job that helped her to provide for her family. Yet deep down, she wasn’t happy.

What many didn’t know was that Ksavi was struggling with deep personal loss. Like so many who struggle with infertility and infant loss, she didn’t know how to handle or process it, so she internalized her feelings. When new pain or challenges came up, she retreated into survival mode.

Her husband noticed how she was withering away with the loss and encouraged her to do something for herself to help begin healing. He suggested that she find a hobby to invest in, hoping it would give her something else to focus on.

The problem was, Ksavi didn’t know what she was passionate about anymore. There was one thing she really enjoyed — makeup. After attempting several different activities, she decided to take up her love for makeup and become a makeup artist as a way to have fun and escape her pain.

At first, her husband didn’t take her seriously, but Ksavi soon found a passion for it that she didn’t know she had. She continued with her nine-to-five job and studied as a makeup artist on the weekends. She even took an assistant position to help hone her craft and soon was working and learning seven days a week.

Her husband encouraged her to follow her passion. Her love for makeup had brought out a new side of her, and he wanted to encourage it to grow. With her husband’s support, she started her own business as KSAVI. She quickly rose to the challenge by saying yes to different opportunities, projects, and challenges.

Ksavi realized she’d always loved the makeup industry. It suited her, and she wondered why she hadn’t done it sooner. As time went on with her business, she began to realize internally she was blossoming. Opportunities started to unfold for her to lead bridal shows, fashion shows, and do commercial work. Her business started to explode in ways that she could not have foreseen.

“As time went on, as an artist, I started to grow,” said Ksavi. “I started leading bridal shows and doing fashion and makeup backstage. I also did commercial and celebrity work.”

Reaching Out For Help

During this time, Ksavi became pregnant and gave birth to her second son prematurely. He spent three months after his birth in the hospital, and she found herself reeling emotionally from the separation and the stress. Tragically, their infant son Shivai passed away unexpectedly just before he was eight months old.

Devastated, she and her husband struggled to cope with the loss, and with a turn of fate, the day after their son’s funeral, she found out she was expecting her third son Kai.

“I sat at home looking at my four walls and hearing nothing but silence,” Ksavi said. “I opened the laptop and saw a video from Jay. It was about purpose, and it changed my life for the better. Nothing has ever been the same since.”

She was drawn to Jay Shetty’s way of putting complex emotions and issues into a simple, engaging, and timeless style. Ksavi was in counseling, but every time something happened, she spiraled back into survival mode. She needed something different, and deep down she sensed Jay Shetty could help.

Because Jay Shetty didn’t offer personal coaching at that time, Ksavi joined his online free program, Live Your Purpose, as soon as it was available. She dove into as much as she could with the coaching videos. When the Genius Coaching Community was launched in 2018, she was one of the first members in the door and soon after, also became a moderator.

Genius became the tool that would help Ksavi rebuild and learn the lessons from the pain she had walked through. Genius became her lifeline in between weekly therapy sessions and the support system that she had desperately needed — a community. It was her safe space.

“When I joined Genius, I wasn’t sure what to expect,” she said. “I wasn’t expecting to meet a community of people who were like-minded who had also dealt with a lot. It changed everything for me. I wasn’t alone. The community support was amazing.”

Ksavi became a committed, invested member of the community, consuming all the videos, doing all of the exercises, and working through all of the meditations. She restructured her life around the program, and not only for herself but those she loved, too. In the process, she found a new appreciation for life that flowed into all areas of her life.

Ksavi found that she was able to move from the trauma of grief to living with it in everyday life. She was healing, and her makeup career continued to expand. As she started examining her nine-to-five career, she realized there was so much more to life than working all day and putting off things she wanted to do later in life.

It was time to make a change. She and her husband created an exit plan for her to leave her career and go into makeup full-time, but she was filled with self-doubt. Her confidence started to drop again, and she began to struggle with anxiety and fear.

She realized she had been dependent on others since she was a child. It was time to stand on her own two feet. With the help of the skills she learned in Genius, she persevered and refused to give up on her dreams of a successful business as a makeup artist.

Her determination paid off, and soon she was traveling the world for her makeup artistry business. It wasn’t without its challenges though. She still battled self-doubt and rejections along the way, a common thing to deal with in the creative industry.

Ksavi had a decision to make. Would she let her fear of how others saw her dictate how she felt about herself? She wouldn’t. Ksavi was ready to work through the anxiety and the pain that had been piling on her through her miscarriages and losing her son. She quit her job officially and took on her business as a makeup artist full-time. When she wasn’t working, she had time to really reflect, rebuild her life, and truly transform.

“I’ve become a changed person in the five years since encountering Jay,” Ksavi said. “I had been so concerned about myself and what was happening to me that I was just focusing on my own bubble.”

Ksavi knew it was time for her to share what she’d been able to do and how she’d grown. Her mindset had changed. Before she used to feel restricted in doing this, thinking that she didn’t want to capitalize on her son’s death. With Jay’s encouragement and help from what she’d learned in Genius, she began to share her story in a way to help others widely.

“One of the first times I shared my story, was on a radio interview talking about my loss,” Ksavi said. “I hung up the phone and burst into tears. I was shaking from the adrenaline of getting my story out, but the more I did it, the more I healed from it. It’s helped others, and I’ve made so many friends from it.” Since then, she’s shared her story on the radio countless times, as a panelist, on social media. She also works closely with grief charities and associations.

“I never saw myself as an inspirational person, just a mum who lost her child. Being Shivai’s mum and also mum to Avi and Kai is probably the greatest privilege of my life. The more I share my story and talk about what I’ve done to change life around, the more it can make a difference to others,” she said.

Purpose, kindness, love, and service frames everything Ksavi does, and it’s what she thinks about when making key life, family, or business decisions. She’s become a voice for miscarriage, neonatal care, baby loss, grief, self-worth, confidence, and using makeup as a form of therapy.

“I don’t want another person to be sitting at home in the silence on the verge of depression like I was,” she said. “I’m very conscious that everything might look perfect on the outside, but you just don’t know what people are going through.”

Ksavi and her family are stronger than ever before because of Genius. Their communication has been more open, and she’s found that it’s been good for them to openly talk about their loss. The coaching sessions in Genius have taught her valuable skills that she uses in her everyday life.

“I came into Genius thinking it would help me get to where I wanted to be in my career,” Ksavi said, “but it’s helped me in so many other ways as well. personally first, then in the way I served others and grew my career.”

Mindfulness wasn’t a part of my life before, and some days I wonder what on earth was I doing with life before Genius and Jay Shetty came along. I’ve discovered I can serve others through open communication and letting my inner beauty blossom to complement what’s on the outside. I am living my best life every day.”